Which bike is right for me? About Electric Bikes Book time in our service centre Bike Brands

The X35 is a light propulsion system with a rear HUB engine, and only 3.5 kg for the entire system.

When some years ago they talked about electric bikes, we all had the idea of a city bike, with an engine on the wheel and a battery in the carrier. Who would have thought that the market’s future would be the e-MTB. The eBike engine has gone through several versions: HUB, Central…

Nowadays, ebikemotion advocates for a new concept, mini-Hub and mini-Central engines that lower the weight, get rid of mechanical friction and optimise the power so that manufacturers can create new bike models. Genuine e-Race bikes or e-Gravel bikes, or even commuting bikes that just seem like ordinary bikes when looked at or lifted from the floor.

The first one of the ebikemotion Series “X” systems to arrive on the market is the X35, a light propulsion system based on a rear HUB engine, with incredible potential and only 3.5 kg for the entire system, this is: Battery + Engine + Charge point + HMI and cabling. This weight, combined with a battery of less than 48 mm section (non-removable and under patent), allows the manufacturing of electrical road bikes with weights that range between 12 and 14 kg, in aluminium, and below 12 kg in carbon. But they also add a series of improvements:

X35 includes its own pedalling sensor (under patent) that enables the manufacturer to install the desired bottom bracket system. This way they get rid of friction, and they achieve very smooth system starts and stops, offering the user a conventional bike when the electrical system is not switched on. This is completely impossible in a central engine.

The battery has everything in a single body —engine control, cabling, BMS— and it remains fixed on the inside of the downtube. However, this is not a problem. Up to two external batteries can be connected to the system to reach 750W, with autonomies of more than 250 km (or 75 km with the internal battery).

The engine offers an incredible torque thanks to its gearing, reaching 40 Nm in the wheel axis, and with an optimal result at speeds between 15 and 25 km. These are ideal for commuting, city or road, right where it is needed: when ascending. Simple and efficient. The essence of the “less is more” concept is carried out in an elegant way and studying the smallest detail.solution for commuting, city or road just when you need, during uphill.

The HMI interface breaks the moulds. The HMI CAN bus enables the connection of different solutions, from a single button with RGB LED integrated into the box, to a remote control of 3 or 5 buttons and a new-generation colour display based on the Cortex A7 processor. Of course, the APP platform is fully compatible. 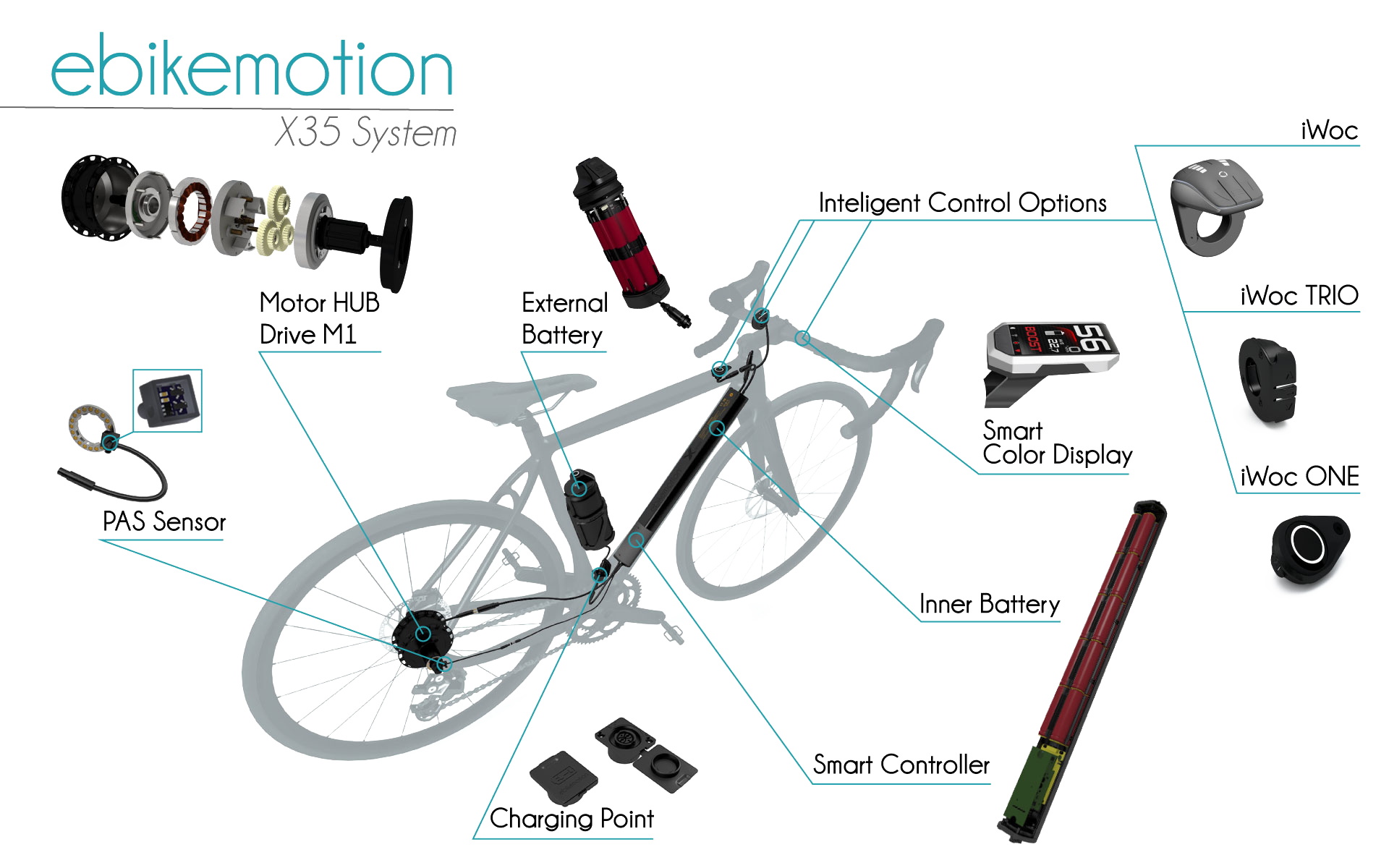 Only 3.5 kg for the entire system, this is: Battery + Engine + Charge point + HMI and cabling 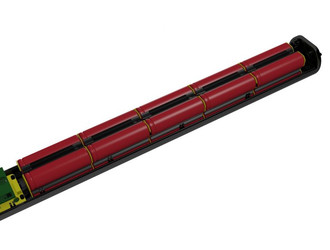